The Best Cities for Music Lovers 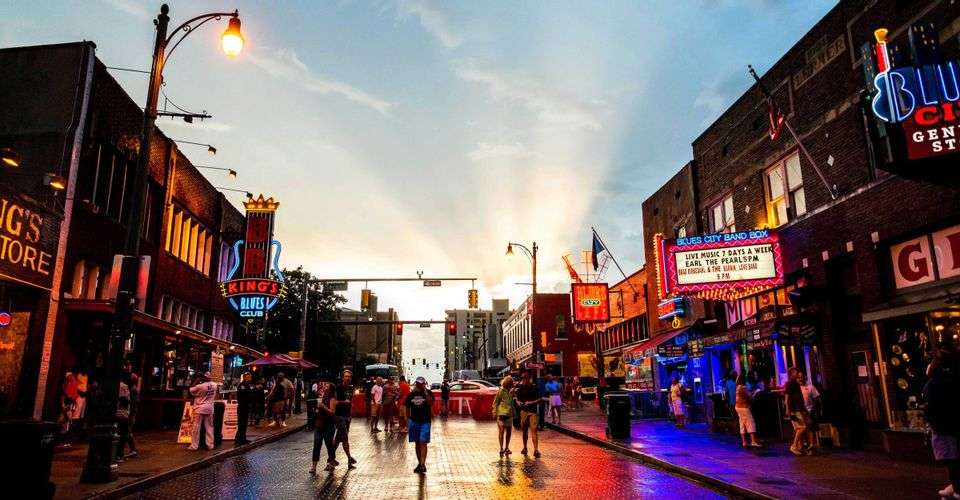 Are you wondering what are the best cities for music lovers? Americans enjoy a wide range of musical genres, from classical to jazz to rock ‘n’ roll and punk. Indeed, we are so enamored with music that we frequently plan entire holidays around it or relocate based on the local music scene. After all, why not? Listening to live music or touring the studio where Elvis Presley once recorded are both worthwhile experiences.

While most big cities have vibrant music scenes, some cities go above and beyond. These ten cities have more live music venues, music festivals, and, in most cases, rich musical roots than the majority. When evaluating which towns were the greatest for music enthusiasts, we took into account all three factors.

The best cities for Music Lovers

Asheville has hosted Bob Dylan, Blondie, The Smashing Pumpkins, and other well-known musicians over the years, making it one of the fastest-growing music scenes in the country. It also houses Moog, a manufacturer of groundbreaking synthesizers. (Take a look at the

Also, Read: Moving to North Carolina? Here is your Relocation Guide for 2021

The Orange Peel Social Aid & Pleasure Club, named one of Rolling Stone magazine’s “Top Five Rock Clubs in the Country,” is the place to go for music. Isis Music Hall, Grey Eagle, and Ambrose West are among the other famous venues. Do you enjoy going to festivals? The Brewgrass Festival, which features Southern Appalachian music and artisan beer, the Asheville Amadeus Festival, and the Asheville Electro-Music Festival are all held in Asheville.

More than 80 music venues may be found in the birthplace of jazz, with 25 of them in the French Quarter alone. At iconic establishments like Snug Harbor Jazz Bistro, Blue Nile, and Palm Court Jazz Café, listen to some of the region’s best performers, or tap your toes along with the buskers on Bourbon Street. The city sponsors free concert series throughout the year, including Wednesday at the Square in the spring.

Music fans can choose from a variety of events, including Jazz Fest and Praise Fest. The Essence Festival is a must-see, as are the Voodoo Music + Arts Experience’s indie rock, punk, and metal sounds. Satchmo SummerFest, held in late July, honors the music of local hero Louis Armstrong.

More than 250 live music venues covering every genre from rock to country to jazz can be found in the “Live Music Capital of the World.” You can go out in the middle of the day or wait until the sun sets to hear music at the Elephant Room, The Broken Spoke, or other comparable venues. Live music may be found wherever, including the airport arrivals lounge and even the local Walmart if you’re moving to Austin.

Several well-known music events, such as South by Southwest and Austin City Limits, are held in Austin. The former comprises over 2,000 performers in over 100 locations, and the latter focuses on rock, punk, hip-hop, and folk music.

Memphis is home to Sun Studio, the Gibson Guitar Factory, and Graceland, Elvis Presley’s renowned house. It is considered the birthplace of rock ‘n’ roll. The Smithsonian-created Memphis Rock ‘n’ Soul Museum and Stax Records are both great places to learn about the city’s contribution to American music.

If you want to hear live music and want to experience life in Memphis, go to B.B. Kings Restaurant & Blues Club, Blues City Face, or Young Avenue Deli on Beale Street. Alternatively, local facilities such as the Germantown Performing Arts Center, Lafayette’s Music Room, and Minglewood Hall can be used. Are you a sucker for historic locations? Elvis Presley made his start in Overton Park’s Levitt Shell, which hosts 50 free concerts each year.

Seattle was the center of grunge in the 1990s, producing bands like Nirvana, Pearl Jam, and Death Cab for Cutie. Seattle is still a music hotspot, even though grunge has taken a back seat to other music types. The Crocodile, Tractor Tavern, Showbox, and KEXP radio station are all legendary places where you may see live in-studio performances.

Music fans can pay a visit to the unofficial Kurt Cobain memorial in Viretta Park, take a photo next to Jimi Hendrix paintings in his namesake park, or visit the Museum of Pop Culture to see music mementos. The Upstream Music Fest, which features over 200 musicians, is for the more forward-thinking.

Atlanta is the place to be for hip-hop fans. The ONE Musicfest, which draws over 50,000 hip-hop aficionados, and the A3C Festival and Conference, another hip-hop favorite, are both held in the city. Hip-hop, however, is far from the only genre created in Atlanta’s more than 300 recording studios and performed in music venues across the city. Eddie’s Attic, for example, was essential in the careers of Sheryl Crow, John Mayer, Sara Bareilles, and Justin Bieber.

Attend a free Atlanta Jazz Festival event every day in May to get a taste of the city’s eclectic music culture. Or, dance till you drop at the Imagine Music Festival at Atlanta Motor Speedway.