2021 Regulation Guide: Things to Know Before Moving to Madison, WI 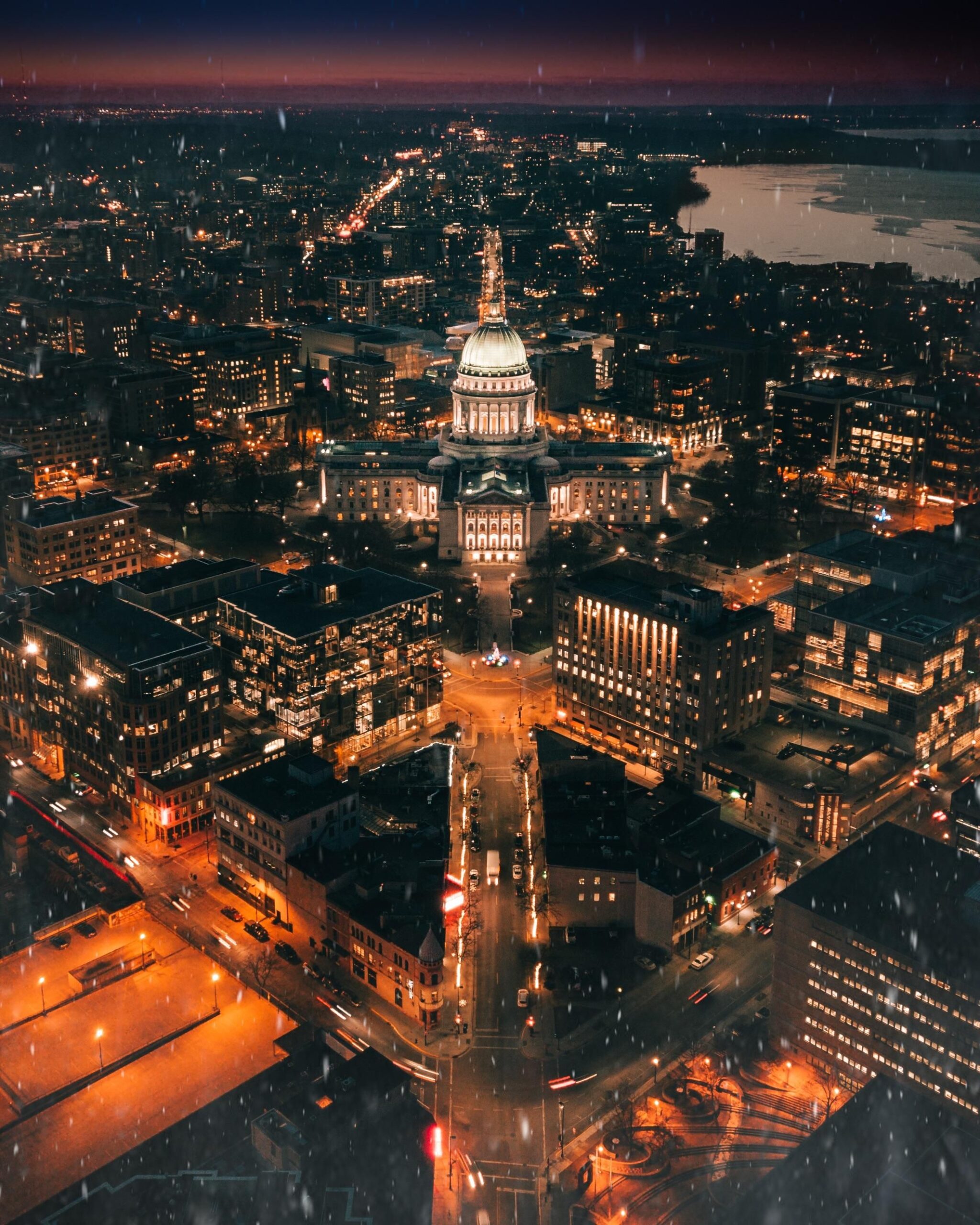 Consider moving to Madison, Wisconsin, if you’re looking for an outstanding place to start a new life. This beautiful city attracts many work seekers, entrepreneurs, families, students, and retirees from all over the country and beyond, with its strong job market, excellent colleges, an abundance of modern conveniences, and virtually limitless leisure opportunities.

The capital city of Wisconsin and the seat of Dane County in Madison. It forms the center of the metropolitan area of Madison, consisting of the counties of Dane County and neighboring Gray, Iowa, and Columbia. With about 255,000 people, it’s the state’s second-largest city. It has an ethnically diverse population that is roughly 75% Caucasian, 9% Asian, and 6% African American.

Madison is a rapidly developing town with a rich culture focused on a keen appreciation of the arts, a lively music scene, and food sourced locally. It’s also an entrepreneurial hub that attracts multiple start-ups in tech, biotech, and health. Partly due to its world-class education services, in terms of venture capital deals per capita, it is one of the top 15 cities in the world.

Madison has one of the United States’ best work markets. The city managed to post an impressive unemployment rate of 3.5 percent in 2009 when the country was facing its worst recession in modern times and ranked among the top cities for job growth. The unemployment rate today remains considerably lower than the national average, although the average wage is marginally higher than that of the average American worker.

The two biggest employers in Madison are the government of Wisconsin and the University of Wisconsin-Madison. Nevertheless, in recent years, the city’s economy has become more diverse as it focuses increasingly on consumer services and technological innovation, especially in the biotech, health, and advertising sectors. As a result of the rapid growth of the high-tech industry, Madison has been experiencing an economic boom since the early 1990s. In order to transform research findings into real-world applications, particularly biotech applications, the University of Wisconsin-Madison has been working with several local tech companies.

Madison draws many job seekers, including Spectrum Brands, Alliant Energy, Epic Systems, American Family Insurance, American Girl Brands, Zendesk, Trek, Google, Microsoft, Raven Software, and Aprilaire, since it is home to the headquarters and offices of many major corporations. The city is also one of the best places to start a company in the world. It provides the perfect environment for startups to expand with its ample talent pool, quick access to capital, and outstanding connectivity.

Madison exudes a remarkably down-to-earth feel, despite being a rapidly growing city and tech hub. It’s one of the few areas where modern living combines with genuine Midwestern culture seamlessly. The locals are generous and hospitable individuals who, at the end of a journey, thank the bus driver and cheer on strangers in a marathon. There are busy places where people from various ethnicities and backgrounds meet and talk about the latest developments across the country. It would be quick for you to start a conversation with a stranger, make new friends, and even get some support to calm down.

Madison is also one of the healthiest and fittest cities in the United States, in addition to being a warm and friendly city. The wide availability of inexpensive fresh produce makes it easy for residents to eat nutritious food, while its beautiful lakes and parks, comprehensive cycling facilities, and many walking trails offer countless physical activity opportunities.

You will not be dissatisfied with the standard of education in Madison, whether you are searching for a good school for your children or seeking higher education yourself. In education, according to Forbes, the city ranks third in the United States. The Madison Metropolitan School District is one of the largest school districts in Wisconsin, with a population of around 25,000 students in 46 schools.

Furthermore, Moving to Madison is a perfect location for higher education. It is home to Wisconsin-Madison University, Madison Area Technical College, and Edgewood College, as well as several universities and colleges on satellite campuses. The University of Wisconsin-Madison regularly ranks among the world’s top 50 universities and has around 44,000 students enrolled. Madison has one of the highest numbers of college graduates per capita in the country.

So, after all the information provided, does this help you decide about moving to Madison? If so you can also check our Top 5 Best Moving Companies to help you relocate.