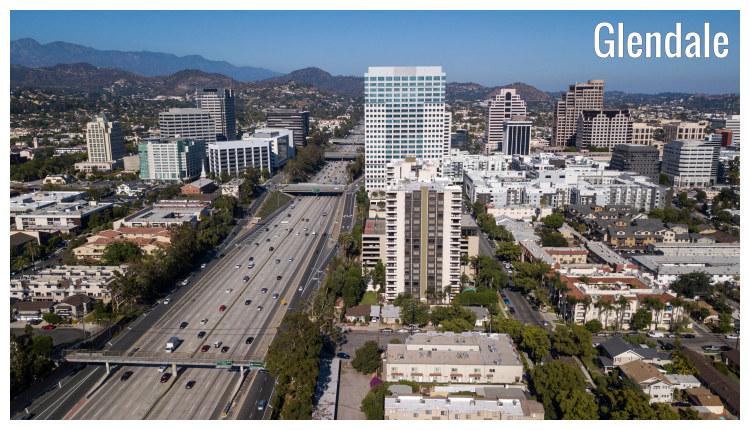 In Glendale, California, it’s hard to have a bad day where the sun is shining bright day in and day out. That’s just one of the many excellent reasons for moving to Glendale, CA. This incredible city has the distinction of being ranked in the United States as one of the top 10 safest cities. If you live in Glendale, you’re just eight kilometers north of the hullabaloo of Los Angeles, and it’s just a fast drive.

Glendale is primarily a suburban city, but a healthy economy and ample job opportunities are the product of some industry. The dynamic food culture is appreciated by residents, especially the extensive Armenian meal choices; excellent hiking in the Verdugo Mountains; parks; shopping; interesting Spanish and Mexican history; and more. In the city center, the emergence of a handful of upscale apartment buildings has introduced a new wave of restaurants, bars, and shops that draw patrons from near and far.

Pros and Cons of Moving to Glendale, CA.

There are so many great reasons for moving to Glendale, but it’s not without its disadvantages, just like any place.

Economy: The city boasts an economy that is solid. The offices of Nestle, IHOP, and Avery Denison are in Glendale. The Disney Studios Grand Central Creative Campus in the city.
Proximity: It is a part of a greater L.A. metropolitan area.
Weather: Complete with hot summers and mild winters.
Safety: Included in one of the top 10 safest cities in America last 2014

Cost of Living: Since it is a city in California, living here ain’t cheap.

Taxes: Sales tax is particularly high.
House Cost: Due to the recently built luxury apartments and condo buildings the house pricing increased.
Traffic: High-way 134 is particularly rough during mornings and evenings. The rush hour traffic is so bad.

A Glendale resident’s annual salary is $29,264, which is slightly above the US average of $28,555 per year. $52,451 is the median household income. A family of four will need $7,691 monthly to live in Glendale, amounting to $92,295 annually, according to the Family Budget Calculator offered by the Economic Policy Institute.

The average home value was $851,100 as of July 2019. The price per square foot is $533 in the surrounding Los Angeles-Long Beach-Anaheim Metro area, higher than the average of $439. Over the past year, home prices increased 1.9 percent, but are projected to increase just 0.1 percent in 2020.

While you may find cheaper housing while venturing deeper into the San Gabriel Valley or other nearby areas, there are a few communities in Glendale that are more affordable than others. Crescenta Highlands, Rancho San Rafael, San Rafael Hills, and Verdugo Viejo are among these neighborhoods.

In the past year, the Glendale job market has seen a rise of 0.73 percent. Compared to the US average of 33.5 percent for the same timeframe, the projected employment growth over the next ten years is expected to be 34.5 percent. The rate of unemployment is 4.4 percent, which is significantly higher than the 3.9 percent US average.

You may use places such as Glassdoor and Indeed, from Glendale, and everywhere else in the world, to search for a job. In and around Glendale, there are a few resource centers available that can help you out locally. That includes the Social Care Rainbow Resource List of the Verdugo Employment Center, WorkSource Center, 211 Los Angeles County Referral Service, and Los Angeles/Ventura Counties.

In California, the general tax burden ranks #11 in the country. Taxes are the largest in New York, ranking # 1.

Property Tax: With a median home price of $851,100, levied in Los Angeles County at the average county tax rate of 0.793 percent, you can expect to pay around $6,749 in property taxes per year. However, as property taxes can differ by neighborhood, be sure to check with your realtor.

State Income Tax: Based on ten tax brackets, California assesses wages. You should expect to pay 9.3 percent in income tax if the revenue is between $56,085-$286,492.

Glendale has a balanced blend of cultural and outdoor experiences for you to enjoy. Locals also enjoy the diverse food culture, especially amazing Armenian and Latin American food, although you will almost always find an hour-long wait for some of the best soup dumplings in the world at Din Tai Fung (pro tip: join their waitlist from home on Yelp).

You should go to the Verdugo Mountains, Verdugo Park, or Deukmejian Wilderness Park for outdoor activities. To see exactly how many hiking and biking opportunities you’ll have, check out the trail charts. Griffith Park, one of the largest urban parks in North America, offers countless hikes of varying difficulty, tennis, extensive stables, and horseback riding trails, and the popular Griffith Park Observatory, just across ‘The 5’ in the Los Feliz neighborhood. You can walk Brand Boulevard to check out all the stores, restaurants, and art galleries, or wander through the Americana outdoor mall and enjoy the choreographed fountain and music if hiking is not your speed, but you still want to spend some time outdoors.

There are fantastic indoor attractions that you shouldn’t skip if you’re trying to escape the sun. You can try out the Neon Art Museum or visit the Grand Central Artistic Campus at Disney. Michael Jackson, Humphrey Bogart, Clark Gable, Paul Walker, Brittany Murphy, Jimmy Stewart, Walk Disney, and many others will catch a performance at the Alex Theater or visit Forest Lawn Cemetery, which is the resting spot. There, they do have an art gallery.

Like any other place moving to Glendale, CA. Can be a good thing and a bad thing. You have to weigh your options and make sure to make the right decision based on what you need and what you want.