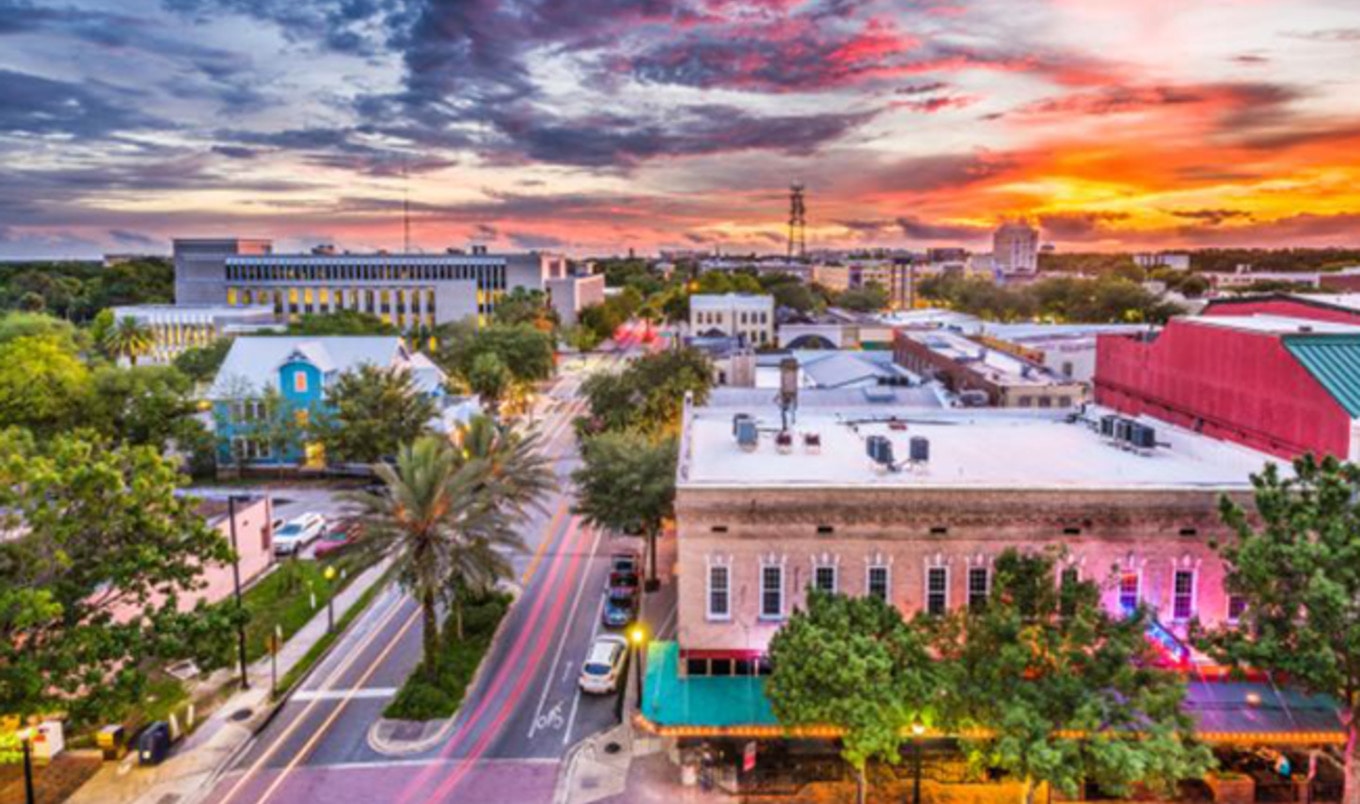 Moving to Gainesville, Florida? Well, continue reading to learn more about the birthplace of the prominent University of Florida, which has a thriving healthcare industry, and is covered by scenic scenery. Gainesville is a small city with a population of just under 135,000 people, but it has plenty going on to please even the most cosmopolitan residents. Gainesville has a younger population as a university town, which means there’s always something to do.

Another great feature of Gainesville is its proximity to virtually every other major city in Central and Northern Florida. In less than three hours, you will be in Tallahassee, Jacksonville, Daytona Beach, Tampa, or Orlando by taking an interstate from Gainesville.

Gainesville is situated at the heart of Northern Florida, making it a short drive to most other cities in the region. It’s a small city with a lot of fun and a wonderful way of life. Gainesville is a Goldilocks-sized community, with a population of around 132,250 people. It is neither too large nor too little. However, it’s worth noting that the Greater Gainesville Metropolitan Area has a population of 288,210 people, which is more than twice as high city.

Also, Read: Things You Should Know Before Moving to Florida

Things to know before moving to Gainesville, FL

Aside from its convenient location, Gainesville’s abundance of education and healthcare employment make it a very appealing place for young people and their families to start a new life. We’ll look at what life is like in Gainesville in this segment. We’ve outlined the main things you should know before moving to Gator Country, from population growth and work opportunities to tax rates and nightlife.

Gainesville has a small-town/college-town feel to it, despite the fact that it is home to the University of Florida, a large university. Gainesville, as a college town, is often buzzing with activities related to the university, from sports to festivals and other events. The allure of this location is that it offers a small-town/suburban lifestyle with access to a variety of cosmopolitan events just around the street.

Over a dozen parks, conservation areas, nature conservation areas, wildlife reserves, and wetlands parks can be found in Gainesville. If you enjoy ornithology, hiking, fishing, shooting, or boating, adventure awaits you right outside your house. Gainesville also takes pride in having more trees than any other city in Florida.

Over a dozen parks, conservation areas, nature conservation areas, wildlife reserves, and wetlands parks can be found in Gainesville. If you enjoy ornithology, hiking, fishing, shooting, or boating, adventure awaits you right outside your house. Gainesville also takes pride in having more trees than any other city in Florida.

It might be difficult to find jobs in Gainesville unless you work in education or healthcare. Of course, the city has other industries, but healthcare and the university account for the majority of the employment in the region.

Property taxes are a tenth of a percent higher in Alachua County than in the rest of Florida. They are, however, approximately on par with the rest of the country, with a 1.212 percent unemployment rate.

Property taxes: Alachua County’s property tax rate is 1.212 percent of assessed home value. A $250,000 home will have a tax bill of about $3030 per year at this point. For the same measured home value, the national average is $3028 per year. However, the rest of Florida has a lower tax rate of 1.10 percent.

State Income Taxes: Florida is one of only six states that does not levy a state income tax on its residents. While you can pay more in property and sales taxes in Gainesville than in other cities around the nation, your total tax burden may be smaller.

Gainesville’s affordable housing makes it an appealing choice for people moving to Florida from the northern states and other Florida cities. According to Zillow, the median home value in the region is $184,000 dollars. In Gainesville, over 43% of occupied homes are priced between $100,000 and $200,000. For the past five years, the housing market has exploded, but it seems to have cooled in the last year. Gainesville’s housing market has risen by 6% in the last year, while home prices nationwide have increased by 7.7%.

It’s not shocking that over half of Gainesville’s residents rent because it’s a college town. At about $1350 a month, the average rent is comparable to the national average. A studio apartment, on the other hand, can be found for between $700 and $800 monthly.

Gainesville’s cost of living is marginally lower than Tallahassee, Florida’s other major college town, and other similarly-sized cities around the country. When calculating the cost of living index on bestplaces.net, the US average of 100 is used. According to bestplaces.net, the cost of living in Gainesville is 95.6, while the state of Florida as a whole is 99. While Gainesville residents pay slightly more for health and services, they spend less on groceries, lodging, transportation, and other miscellaneous expenses than the national average.

The healthcare and education sectors are the mainstays of Gainesville’s economy and the job market. The University of Florida is the city’s biggest employer, and many people complain about a lack of diversity in work opportunities. However, the employment market in Gainesville has risen by 1.6 percent in the last year, and job growth in Gainesville is projected to outperform the rest of the country by more than 6% over the next ten years.

Gainesville’s average income is about 3% lower than other cities in the nation, and its cost of living is about 3% lower. The median household income in the state is $46,386, compared to a national average of $53,482. Even so, when one acknowledges that Gainesville is a college town, the averages begin to make sense. University students make up a large portion of the population, and they work minimum-wage jobs while attending classes, reducing the median wage statistics.

Aside from education and healthcare, Gainesville’s other major sectors are retail and food services/hospitality, as well as educational, research, and technical services.