Why Business Owners Are Moving To Florida? 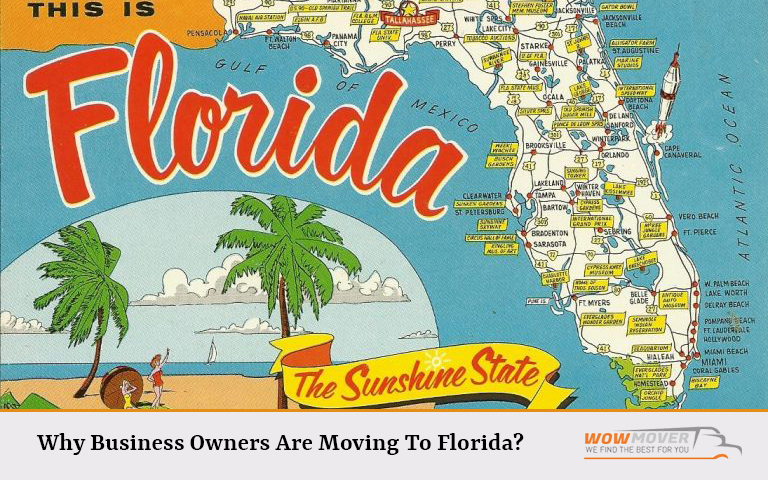 With its sun, sand and vibrant community, Florida attracts people from around the globe. Yet business owners have started to understand that far more than just a fabulous holiday destination is the Sunshine State.

One of the economic powerhouses in the united states is Florida. By population, it is the third-largest state and boasts the country’s fourth-largest economy.

For two consecutive years, Florida has been ranked second in the nation for industry by Chief Executive Magazine. It is no surprise, as business owners are given the perfect recipe for a prosperous business by its favorable business tax system and fair government policies.

The mild weather of Florida throughout the year, coupled with the low cost of living of the state and its business-friendly climate, makes it an ideal place for business owners looking to grow or move their business.

Key Facts About the Stellar Market Environment in Florida

With equal economic and population growth, Florida’s cost of living is lower than most other states. You will be able to get out and enjoy all the incredible facets of life in the Sunshine State, with a relatively low cost of living.

Read More : How to Find a Good Burger Restaurant in Florida?

We specialize in packing services, long-distance moving, and corporate relocation. We provide professional and reliable moving services. In every aspect of your relocation, we’ll be with you. We endeavor to make your resettlement as stress-free as possible.

Florida has a creative spirit and business-friendly policies, so it’s not shocking that business owners flock in droves to the sunshine state. We’d love to be a part of your journey if you’re thinking about moving or expanding your business to Florida.