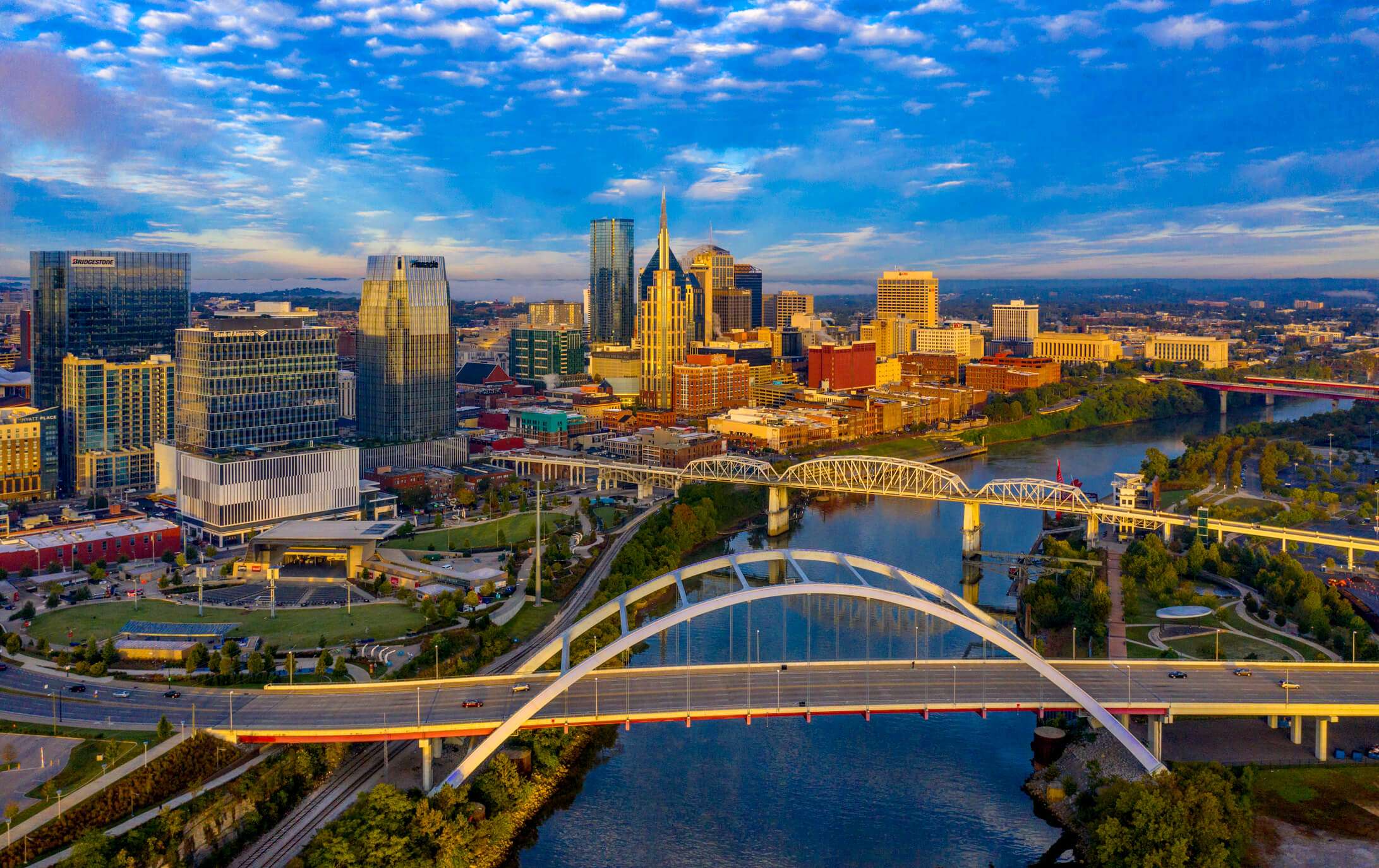 Moving to Nashville, you can expect good and bad things like any other cities in the world. It is known for being the “Songwriter Capital of the World,” but it also has a great bar scene, some great restaurants, and a reasonable cost of living.

Things to you know before moving to Nashville

Nashville in a nutshell:

Nashville is a city with a population of about 430,000 people.

Nashville has a cost of living that is 1.6 percent lower than the national average.

Individuals in the city earn an average of $44,586 per year.

Nashville’s unemployment rate was 8.3 percent in August 2020, marginally lower than the national rate of 8.4 percent.

Fans of country music (and, actually, all styles of music) will feel right at home in Nashville, which is known as “Music City.”

The city’s cost of living is 1.6 percent lower than the national average, comparable to other southern cities such as Charlotte, North Carolina (1.5 percent lower), and less expensive than Atlanta, Georgia (2.3 percent above). The median home price in the area is $338,676, with an average rent of $1,189 per month.

Moving to Nashville?
Here are the Best Interstate Moving Companies

Three Fortune 500 firms are headquartered in Nashville: Louisiana-Pacific, HCA Healthcare, Genesco, Nissan and Vanderbilt University are two other notable employers. According to local news affiliate News Channel 5 Nashville, the city has a wide range of industries, ranging from healthcare to advanced manufacturing, making it the second-best city for jobseekers in the United States.

According to the United States Bureau of Labor Statistics, metropolitan Nashville had total non-farm jobs of 1.094 million in 2020, up 0.3 percent from the previous year. The city’s development was aided by industries such as commerce, transportation, and health care.

Tennessee’s capital is Nashville. It’s known for its vibrant arts scene, diverse cultural attractions, and a thriving country music scene, earning it the moniker “Music City.” The city has a population of about 430,582 people, with a larger metropolitan area of over 1.9 million people.

Many young professionals are flocking to Music City, which has a burgeoning business center and a booming tech scene. In reality, with a median age of 36, 20- to 39-year-olds are the largest age group in the metropolitan area. The gender split in the region is nearly equal, with females accounting for 51 percent of the population. And if you’re single, you’re not alone: metro Nashville has 48 percent of single people.

Nashville is for those who want to feel all four seasons without the harsh cold of winter or the scorching heat of summer. Spring lasts from March to May, with temperatures ranging from 57 to 78 degrees Fahrenheit and rain. Though 17 tornadoes strike Middle Tennessee each year, extreme weather is uncommon in Nashville.

Summers in the city are hot, with temperatures reaching the high 80s from June to August, but autumn brings temperatures down to the low 60s from September to November. Nashville’s winters, which last from December to February, are relatively mild, with temperatures averaging 47 degrees Fahrenheit.

Moving to Nashville?
Here are the Best Interstate Moving Companies

Families in the Metro Nashville Public School system have access to more than 160 schools, including Pre-K services. Despite the fact that school assignments are dependent on location, parents have the choice of selecting a particular school outside of their zone. In this scenario, school choice is determined by a lottery scheme.

Nashville also has 31 charter schools, 71 private schools, and 14 colleges and universities, including Vanderbilt University, which is ranked 14th in the nation by US News and World Report.

The town center of Nashville is pedestrian-friendly, with over 28,000 parking spaces for those who choose to drive. However, be aware that if you drive into the area, you can expect traffic jams. Commuting times are getting longer as Nashville continues to expand. The average commute time is currently about 28 minutes.

Nashville’s bus system, WeGo Public Transit, has more than 50 routes for those who want public transportation.

If you are Moving to Nashville because of the culture.

Nashville is a music lover’s dream, with over 100 places to choose from. Here’s a list of music venues in the heart of downtown if you’re not sure where to start. We also suggest visiting the Lower Broadway honky-tonks.

But Music City has more to say than that; it also has a host of museums to pique the interest of curious minds. People moving to Nashville will visit 63 different museums, including the Musicians Hall of Fame and the Tennessee State Museum. There are 62 hiking trails available for outdoor enthusiasts.

Many looking for historical sites will not be disappointed in Nashville. Explore the history of Belle Meade Plantation, which dates back to the 1840s, or pay a visit to Centennial Park to see The Parthenon, a reproduction of the original Parthenon in Athens, Greece, which was completed in 1897. We also suggest seeing a live show at the world-famous Grand Ole Opry. For a complete list of historical site markers in Nashville, click here.

Do you want to enlist the help of the kids? It’s no problem! There are several family-friendly options available. You could visit one of Nashville’s 226 parks or the Adventure Science Center, where kids can learn about science and technology through “more than 175 hands-on exhibits.” You can also visit the Grassmere Zoo in Nashville to encounter critters and animals.

Tennessee’s capital has plenty for anyone who wants to call it home, from unforgettable music to global cuisine and historic sites. This guide will give you a taste of the possibilities that await you in Nashville. Nashville’s Official Guide and The Tennessean, the city’s daily newspaper, will give you a better idea of what to expect in the Music City.