Moving Guide: How to Get Rid of Weeds in a Natural Way 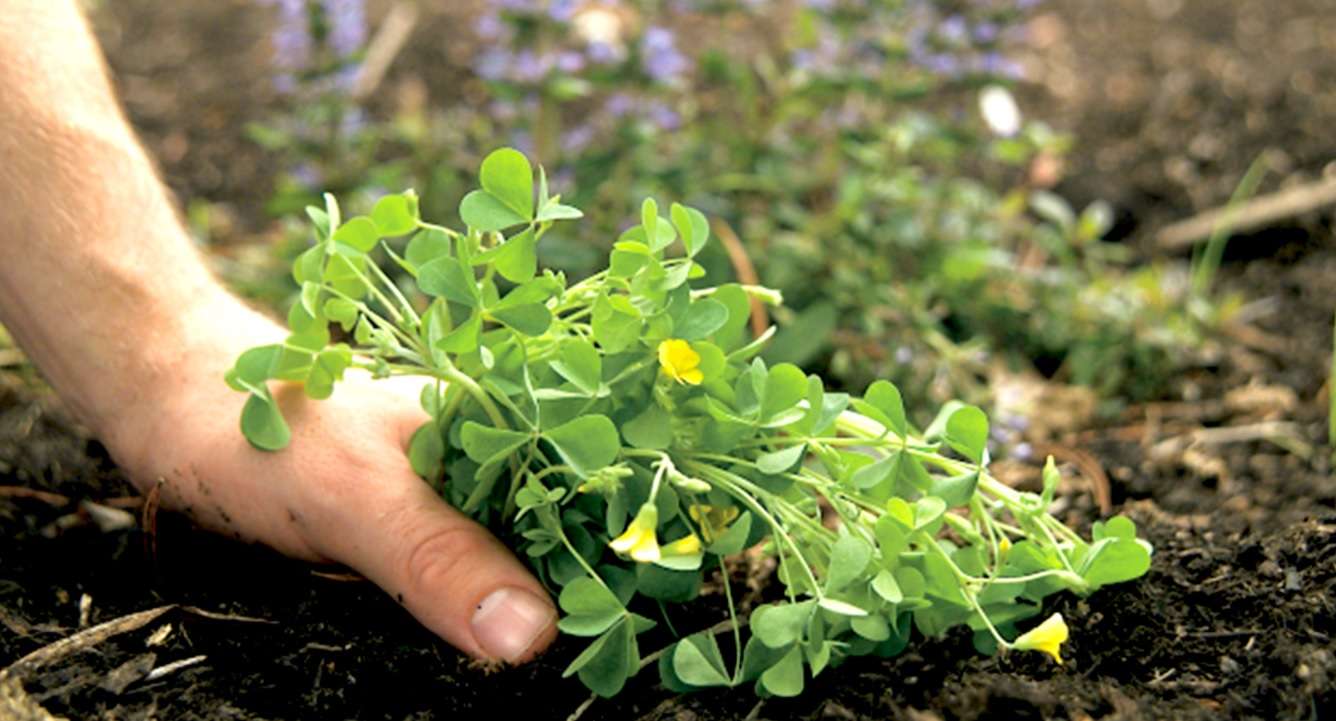 So, what are weeds?

A weed isn’t so much a type of plant as it is any plant that grows in an area where it isn’t wanted. They commonly grow alongside existing (and desirable) plants and trees, as well as throughout your lawn.

Weeds are divided into three categories:

* Annual weeds – Weeds that live for a season or a year and disperse their seeds to stimulate future growth. Summer annuals such as crabgrass and knotweed die off as the first frost of the fall season arrives, whereas winter annuals such as rabbit foot clover and chickweed germinate in the late summer or early fall, go dormant over the winter, and sprout the following summer (though they are unable to survive the entire summer season).

* Perennial weeds – Weeds that grow in the same spot year after year. Perennial weeds have lengthy root systems that allow them to store food during the winter and flower again in the spring, and they are among the most common weed varieties you’ll find in your yard. Dandelions, ground ivy, and white clover are just a few examples.

It’s crucial to know what kind of weed you’re dealing with when you’re looking for natural solutions to get rid of weeds. This can help you evaluate if you can just treat the visible area of the weed or if you should remove the complete root system to prevent them from reappearing the following year.

Need Moving Services?
Allowing someone else to move sounds like a lot greater chore than you think you can do. Wowmover.com has a large network of trustworthy movers ready to assist you in packing and moving your entire home. Our network’s relocation companies are all certified and insured, so you can rest easy knowing your belongings are in good hands.

Ways to naturally get rid of weeds

There are several natural techniques to get rid of weeds that are all better for the environment, humans, and animals’ health and safety than herbicidal treatments. Repeated weed treatments may be necessary, but it’s always a good idea to try natural alternatives first before resorting to chemicals.

You might use the following eight natural weed-removal methods.

The easiest technique to get rid of weeds—especially perennial weeds—is to eliminate their root systems, which can take a long time. All you have to do is pull them out of the ground, being sure to get both the flowering area above ground and the roots below. This not only improves the appearance of your grass right away but also helps to ensure that your weeds don’t return.

Removing it by hands

A weed puller—a long tool that allows you to quickly dig to the roots—is the ideal tool for ripping out weeds. Look for weed pullers that do not demand you to stoop down for long periods of time. You may also use a trowel from your existing garden supplies if you don’t want to buy anything new, but they’re a little less exact and may aerate additional soil, making it more likely that additional seeds will spread.

Wear gloves when pulling weeds to protect your hands and decrease the possibility of spreading seeds elsewhere in your yard.

Vinegar is a go-to natural solution for unclogging drains and disinfecting fruits and vegetables, and it may also be used as a natural herbicide.

To use it, fill a spray bottle with vinegar and set it to work on the weeds in your grass. Instead of the conventional white vinegar found in the cleaning cabinet or pantry, you’ll want to use a horticultural vinegar available at garden centers. Horticultural vinegar has a stronger acidity than regular vinegar and will efficiently kill the roots of a variety of weeds.

It’s worth noting that vinegar kills roots on both sides of the fence. Spraying should be done as locally as possible to avoid mistakenly killing grass and other desirable plant life as well as weeds.

Weeds, like other plants, require sunlight and oxygen to thrive. Both will be blocked by a thick layer of mulch, which will also prevent seeds from spreading and coming into contact with the soil.

Use newspaper in addition to mulch to suppress weeds while also providing additional nutrients to the soil and attracting helpful insects such as earthworms.

Wet the area and then place a layer of newspaper on top of the weeds for this eco-friendly weed-killing strategy (about eight to 10 pages thick). After that, cover with a few inches of mulch and you’re done.

Corn gluten meal (also known as cornmeal) can be used to prevent weed seeds from sprouting. It won’t get rid of current weeds, but it can act as a stopgap to prevent the formation of new ones.

Corn gluten meal, like vinegar, doesn’t discriminate. However, it only affects germination and does not affect established plants. Many gardeners use it to prevent winter annual weeds from taking root by sprinkling it on their soil after a summer harvest.

Weed roots can’t stand up to hot water. Pour it directly into the crown of the weed you’re trying to kill, taking care not to spray any on yourself by moving slowly and positioning your body. The water will burn off the weeds’ root system and keep them at bay, however you may need to repeat the process a few times to see benefits.

In some cases, vodka is the answer. It can be used to dry out weeds, particularly ones that have been exposed to a lot of sunshine. Simply combine one ounce of vodka, two cups of water, and a few drops of dish soap in a spray bottle. Spray weeds as needed, being careful not to harm healthy plants you wish to maintain.

To tamper with a weed’s root system and disrupt its internal water balance, sprinkle salt on it. Start with a diluted 1:2 salt-to-water solution in a spray bottle to attack roots while posing less of a threat to your surrounding plants and soil. Make a stronger combination of 2:1 salt to the water, or even 3:1 salt to the water, if that doesn’t solve the problem.

This method should be used with caution because salt can injure your soil and make it impossible for anything fresh to develop. As much as possible, keep it restricted to the weed itself, and give the surrounding soil a healthy dose of water after spraying salt nearby just in case.

How do you keep weeds from growing?

Another fantastic natural technique to get rid of weeds is to prevent them from sprouting.

Weeds thrive in your yard’s sunny, open areas. Plant your plants close together in locations where you’re actively gardening to create a less-than-ideal environment for weeds to thrive. Even if weeds aren’t an issue right now, generously mulch your garden beds as a preventative strategy, or use the newspaper method outlined above.

As far as general best practices go, you’ll want to keep pulling weeds as you encounter them throughout the season. The more you do it, the fewer weeds you’ll have in the long run. Simply dispose of removed weeds in a yard waste can, where their seeds will not be distributed by accident. If and when new weeds emerge, remove them as soon as possible to limit the amount of damage they can cause. (Hint: pluck weeds shortly after it rains, when the earth is moist and both the weed and its root system are easiest to slip out.)

Although you may never be able to completely prevent weeds from establishing roots in your yard, the natural ways listed above, together with ongoing prevention, will go a long way toward keeping your lawn weed-free.